I read an article at the New York TimesÂ recently about some of the factors influencing decision making – specifically, willpower and blood sugar. 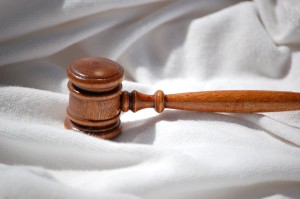 As a writer, I make decisions constantly. Do the characters take this path or that one? Is it MC1 or MC2 that stumbles onto the Big Secret? Do the people of this world have steam engines and revolvers or carry swords and ride on the shoulders of giant lemurs?

The results of a number of studies reported in this article seem to indicate that people have a limited resource called willpower that can be depleted by making decisions or resisting temptation, and replenished with a quick burst of blood sugar (glucose) from a sugar-containing beverage or snack.

With any article you find in mainstream media regarding the findings of experiments and research, take what you read with a grain of salt, but it might be worth doing your own experiments where writing decision-making is involved. Rather than stay up all night planning every detail of that work-in-progress while trying to diet, perhaps you’d be better served scheduling several work periods through the day – a half hour after lunch, a little time after dinner, on the morning commute with a donut in hand (or better yet, after a breakfast including complex carbs and a source of protein). Or have fresh or dried fruit handy when you work to top off the decision-making tank.

Further, the studies suggest we might be able to horde out decision-making power to use when we really need it – by using routine to avoid having to make decisions in the first place.Â As a number of successful authors have been trying to tell us all along, having a daily writing routine is the hallmark of someone who actually gets things done. This article supports that notion, with study findings that reveal that a fatigued brain will usually go the easier path when forced to make the decision (especially late in the day or when hungry) of whether to do the work of writing a book or turn on Sims 3 just for a little while. Without a routine, we’re routinely forcedÂ to choose between working and crawling through our feed readers, tweeting, checking Facebook, or playing around with games.Â

Writing is hard work, and approaching it when already mentally fatigued can lead to poor decision-making, both in getting started and in story choices. Maybe it is the sugar content in alcohol that makes it such an appealing crutch for some authors, who are faced with near constant decision-making?

How do you manage your willpower reserves in regards to your writing? Do you find yourself making poor story choices or avoiding writing when mentally fatigued?

This entry was posted in In the News, writing and tagged decision fatigue, writing habits. Bookmark the permalink.