Life’s a bitch. So is the author. 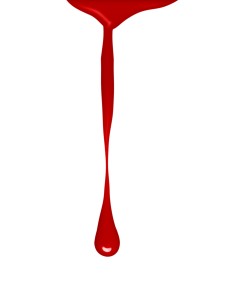 As a reader, I love, love, loveÂ a story where the protagonists have to earn whatever crumb of happiness they get. None of this deus ex machina bullshit. None of this coddling stuff. Luck? What the hell is luck? Certainly not anything my characters have ever heard about.

Ink, you say? Psh! I write by ripping my characters’ hearts out and painting the story in their life’s blood. They lose the people who matter most to them in the world. They fail, in epic ways and often at the expense of others as well as themselves. They pay the consequences of those mistakes, both short and long-term, and sometimes so do the people they love.Â They get kicked around until theyÂ wishÂ they were dead. Â And then, maybe, just maybe, they pull off the impossible.Â

That’s why, when I read a book where the improbable happens in the character’s favor again and again, even a book I love on so many other levels, I get a li’l cranky.

For a fictional universe to seem real to me, it needs four things:

Â I can live with tragedy. I can live with bittersweet. I enjoy a good happily ever after now and then. Hell, I can even swallow a big ol’ dose of WTF in an ending, as long as it makes senseÂ within the world you’ve spent 9/10ths of a novel creating in my head.Â Â It’s all about the set up though, man. If you’re going to have a character survive a direct gun blast to the head, don’t tell me three times beforehand that a direct shot to the head will kill him. It’s dishonest (which I can live with) and worse, it makes the consequences evaporate (which I really can’t).

(edit:Â I don’t mean to imply that characters should never have moments of light amongst the darkness. Rather, that when they do have something good happen, it should be a product of their hard work, perseverance, and/or intelligence rather than dumb luck or windfall. And it should bloody well make sense with the story.)

Obviously this little rant was inspired by a particular story, and I won’t give away the title because *ahem* I kinda spoiled the ending there.

What are your personal pet peeves when reading? How do you avoid them when you write?