I recently had the privilege of helping my niece through a very difficult birth. There were a number of fairly major (life threatening) complications and my training as a doula (professional childbirth assistant) and a nurse came in handy pretty much the whole time. Momma and baby are both doing fine now, and Miss Evelyn Lily is beautiful! See for yourself: 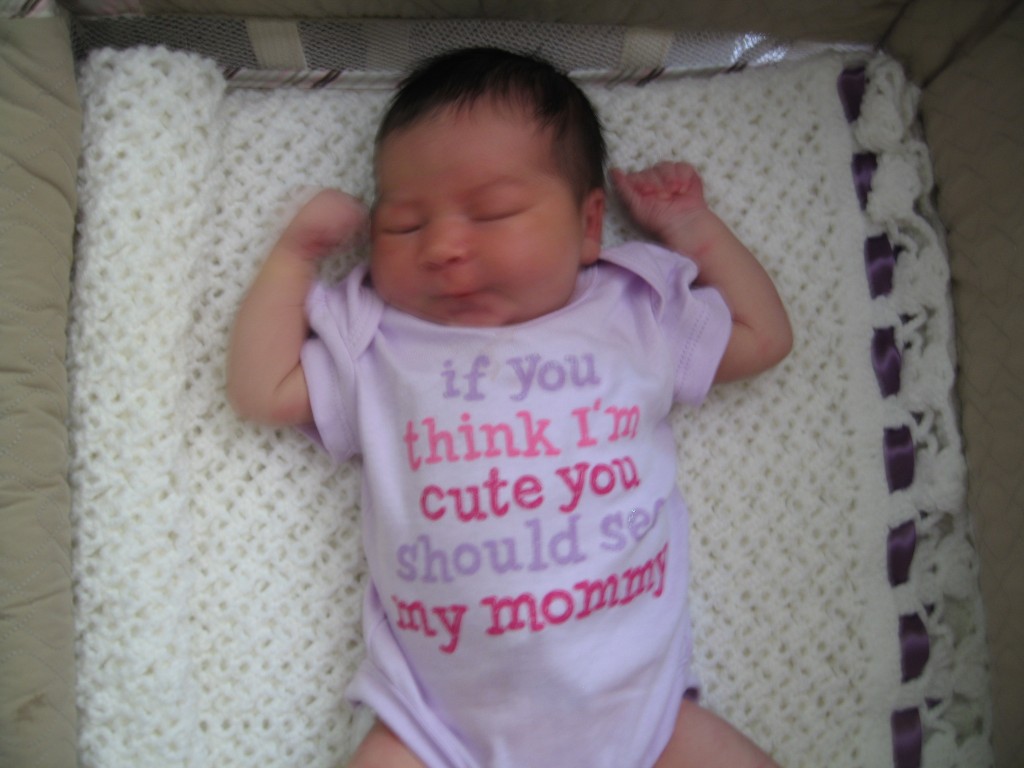 I’ve attended 10 births now in a professional capacity, and I still find the whole experience rather amazing, but there was a very different component to this birth, and it got me thinking about the power of reflection and subtle repetition.

In February, I spent 10 days at a distant hospital because my eldest sister, Kate, was dying. She became ill very suddenly and my entire family went on an emotional roller coaster. We were told at one point that she was dying – say goodbye. The next day, we were told she was recovering and would probably live. Two days later, she went into a comma and slipped away from us. During that period, my family relied on me as the resident medical expert to help interpret what was going on, to communicate concerns to the medical team, for emotional support, and to help guide decisions about end of life care and resuscitation.

As different as those two experiences seem from the outside – a death and a birth, a tragedy and a joyful arrival – for me, they were eerily similar. Both my niece and my sister complained of severe thirst and were fed ice chips by spoon. The moments when complications arose and everybody in the room froze for just an instant were the same. The trips out to the waiting room to update everybody on the not-so-good news, the same. The pain and suffering from a baby getting stuck in the pelvis or from a dying bowel have a lot in common. The lies you tell when things are going really, really wrong so that the person who is going into shock doesn’t panic… yeah.

The overlapping of those moments from an emotional standpoint had a profound impact on me that I will likely not fully realize for a long time. Obviously, life doesn’t have a theme, but those two very important moments in my personal “story” both reflected certain ideas – the power of family, the fragility of life, etc..

Just like in fiction, it was the repetition and reinterpretation of those ideas that allowed me to understand and accept them in a very powerful way. A lone incident in a story might be about anything or nothing at all, but when elements and implied messages are repeated, theme emerges from the subtext, and often the most effective use of theme arises from reflecting similar ideas in very different scenarios.

Do you look for opportunities to reinforce themes in your work? Have you ever tried to use fundamentally different but eerily similar situations to highlight an idea in your work?

This entry was posted in family, writing and tagged birth, death, theme. Bookmark the permalink.