Closing on the Climax

Over the years that I’ve been writing and talking to writers, I’ve discovered people who think that the beginnings are the hardest part. Facing the blank page can be pretty terrifying to some folks, and while I’ve never minded a void myself, I can definitely see the difficulties in getting started.

Other people seem to think the mushy, mucky, sucky middle is the worst part of writing a book. The middle takes up roughly 50% of the total space, and if you get derailed from the plan (or write without one to start with) it can seem like an endless forest of dangers not just for the characters, but for the hapless writer. 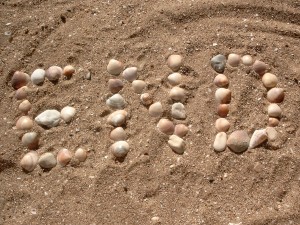 An awful lot of folks seem to have trouble with endings. I know people who have dozens of novels and stories started, but few if any finished. I have struggled with this one myself a few times, as it’s the natural tiger pit at the end of the mushy  middle for writers who work by feel, intuition, and faith. Organic writers often tend to write themselves into inescapable tangles, but I can generally hammer an ending out.

Still others tell me that the first draft is easy, but revisions are hard. Revision isn’t the same thing as line editing. It’s not about changing a few words here or there, making the characters blond instead of brunette, or double-checking that Billy Bob’s eyes stay puce-colored throughout. That stuff’s easy peasy. No, the real work of revision comes from… well, revisioning. Taking a concept you know frontwards and backwards, and rethinking it. Pulling out the gems, the brilliant moments, the best parts of the story or the characters, and stitching them back together into a Frankensteinian monster who is not only stronger and smarter and better, but also hopefully prettier. I can definitely see where people have trouble with things like that.

I have a real, love-hate relationship with revision. The revisions are what breath life into my work, and I don’t think I would be nearly the writer I am without them. And they can be a hell of a lot of fun. Nothing is quite so appealing to me as taking a character I know and discovering new things about him/her. But at the same time, they can be lengthy, painful, irksome, frustrating, and down right exhausting.

I’ve hit my break point with the revision of Hunters a half-dozen times since taking up the torch to make it a better story after getting feedback from a top-notch literary agent in 2010. The feedback wasn’t a revision request, but it resonated with me in unexpected ways and the story demanded to be made better.

After eighteen months of disability, when I couldn’t really work on anything, and 9 months of actual writing that was sometimes more miss than hit, I am closing in on the finish again.  I’m ready to just boot this thing out into the world again and watch it sink or swim. I’m ready to move on, to write something else. To explore something new, rather than something familiar in a new way.

But that’s not really how it works. The revision is miles better, in my opinion, but I’ll finish it, give it a quick line edit, print or package it for my various beta readers, and kick it off to them, and a few months from now, I expect I’ll be making final tweeks and prepping the submissions packages again. If I’m lucky enough to find an agent, there will likely be feedback to attend to before submissions to editors. And if I’m lucky enough to sell, there will most definitely be edits, copy edits, and polishing. Cover copy writing, maybe. Then marketing. Then readings and signings and discussions with readers. Not to mention potential sequels.

I guess the moral of this story is, if you are going to write something, you’d better love it. If all goes well, it will be with you for decades to come, never really finished until it’s in print, post-production, and in the hearts and minds of readers.

Not even finished then, if you’re George Lucas.

This entry was posted in writing and tagged Hunters, organics, revision. Bookmark the permalink.