I got a really good question today from a reader of my old blog Muse Medicine. She asked me a question about finding resources and examples of PTSD flashbacks in fiction, and said other than my post on the subject (found here), she hadn’t been able to find much except advice limiting it to 2-3 lines. Here’s my response: 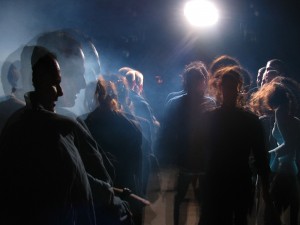 I think the difficulty you’re running into with searching for examples is probably that when writers talk about flashbacks, they’re talking about a whole different concept than when psychologists talk about PTSD flashbacks.Â Because of the two different terms, it’s really difficult to find works of fiction that specifically describe episodes of PTSD flashback on google and the like. I strongly suggest you take a look at anything written in first person dealing with post-war fiction, particularly Vietnam era.

In writing, “flashback” just refers to any point of narrative that reveals past events.Â The reason you will often see advice limiting the length of narrative flashback is that many writers use these memory trips as means of dumping information on the reader rather than as a means of heightening the tension and showing character. Readers often think lengthy flashbacks of that sort kill the story’s forward momentum and tension, which is something most writers want to avoid. Literary flashback can be done exceptionally well, but it’s exceptionally difficult to do well.

In psychology, the term “flashback” means aÂ current eventÂ that involves an overwhelming sensory experience for the sufferer, often related to past memories.Â So while a flashback in fiction might be someone remembering a tragic or traumatic event, PTSD flashbacks aren’t usually full-blown trips down memory lane – they are (usually) brief, intense *bursts* of sensory overload accompanied by major psychological pain or agitation. They can also manifest as recurring nightmares or night terrors.

That said, unlike a memory, the PTSD flashback would be *immediate* and visceral. The sensory experience would become the present for that character, his or herÂ only reality. He or she would literally be thrown into combat or once again under the weight of a rapist or whatever triggered the PTSD, with all the sights, sounds,smells, terror, and adrenaline of the original event.

Watching someone have a PTSD flashback is also pretty intense. I once saw a gentle man (space intended) go from playing a piano to screaming, diving under the piano, and yelling out combat code phrases… because a balloon pop triggered a flashback of being in combat under sniper fire. It only took him a couple of minutes to realize that the sensations he was feeling – mud between his fingers, the stink of rotting jungle vegetation, the weight of equipment on his back, the stark terror of being under fire, of losing his friends, of dying – were all just memory, but in those couple of minutes, they were his entire reality. He was in combat, and when he came out from under the piano, his eyes were wide, his hands were shaking from the excess of adrenaline, and he was still panting, trying to catch his breath. Add to that the shame and humiliation of losing control, in public, and of acting “crazy” in front of strangers and people you love, and you have a deeply traumatic experience that didn’t just happen in the past. It happened in the now.Â

That said, not all sufferers of PTSD react the same way. Some people freeze. Some people self-medicate with booze or illegal drugs. Some people dwell endlessly on their memories, to the point of obsession but don’t have the sensory component of actual flashbacks. Don’t forget that people can suffer from multiple psychological disorders that are all interrelated, too, which can complicate an individual’s reaction and experience.

One writer to another, my advice on dealing with PTSD flashbacks is to make the moment as long or as short as it needs to be to convey that depth of emotion, be it terror or whatever, but to treat the PTSD flashback as if it were part of the present action for that character rather than as a literary flashback.

This entry was posted in MuseMed, writing and tagged flashback, Muse Medicine, PTSD. Bookmark the permalink.