The last few months have been pretty hectic around here. I’ve taken on a new job that is supposed to have me working one day a week and has proven to be more like full-time plus. I’ve re-enrolled in college and maintained a 4.0 GPA. I’ve become a foster mom to more cats than I can count. I’ve finally given up on Muse Medicine, which I just don’t have time to update anymore. And when it comes to writing, well… I’ve decided to move on.

I’ve been working on my Hunters story off and on, through crazy double-full-time jobs and school and family obligations, through health crises and crises of confidence, since 2004. Eight years, though of course that wasn’t my only project in that time. I’ve published non-fiction and poetry and photographs. I’ve completed a degree in nursing, taken on a new career, and raised a toddler into a teenager. I’ve spent two solid years being disabled, sometimes to the point of not being able to bathe or feed myself.Â I’ve workshopped and run writer’s chats and critique groups and grown as a writer in unimaginable ways.

I’ve even shopped Hunters before. One of the top agents in the genre, who represents multiple best selling fantasy authors, requested my full in 2010. It was the feedback I received from that reading that sent me back to the revisions. But now I’m finished.

From an 83,000 word novel, the project has expanded to 115k, the first book of at least two. My readers insist that it has grown not just in size but in awesomeness. To me, it feels like a much stronger book than before. I hope it finds a home on a publication schedule. I’ll be sending out queries again in August.

Regardless, I’m now at the stage with it that it is as good as I can make it. I’ve got a synopsis and queries to write, a list of agents to solicit, and a book 2 proposal to put together. Then no more Hunters for me.Â As I told my writing buddies the other day, “It’s done until someone puts a check in my hands.” Or at least the strong likelihood of a check in the future. You know how publishing works.

I’m moving on. It’s long past time. I’ve been feeling to call to other stories, to other worlds, for more than a year. On the writing front at least, it’s time for something new.

In other news, kittehs! 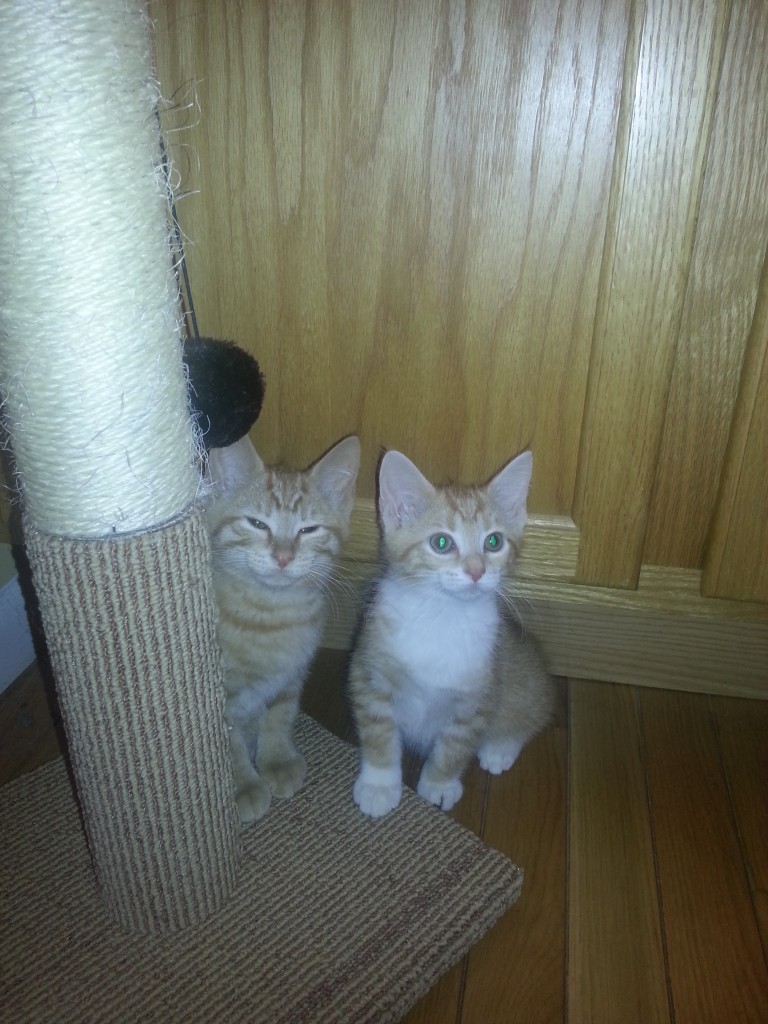 Foster bobtail kittens Bob and Norm (aka The Other Bob)

This entry was posted in In the News, life, writing. Bookmark the permalink.

1 Response to On Moving On