Puppies: What’s in a Name 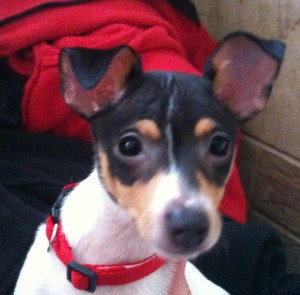 He’s working on potty training and teething, which means we have to be quick with the going outside thing and even quicker to find a chewy if he starts trying to use one of us as a teether.Â In a lot of ways, taking care of a puppy is like raising an infant. Except with more barking and less equipment.

Several people have asked us why we would name a dog something like Tennant. Well, that’s simple enough to explain. We are geeks. My cat is named after the witch’s familiar in Terry Pratchett’s Discworld series, Greebo. And our puppy, born 10/10/10, is of course named after the 10th Dr. Who, David Tennant. A friend of mine says we might as well have tattooed “My owners are geeks” on the poor thing, naming it like that, but well… why deny the truth? At least we didn’t name him Eccleston.

This entry was posted in family and tagged Tennant. Bookmark the permalink.

1 Response to Puppies: What’s in a Name